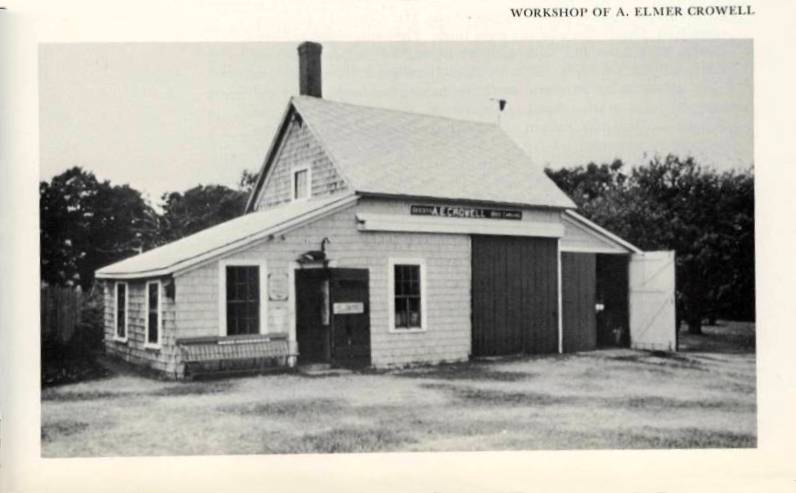 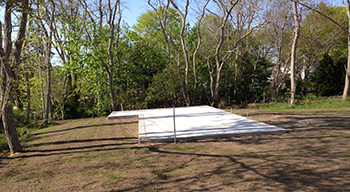 The Crowell Foundation is pleased to announce that the Crowell barn foundation has been poured and completed, the lot leveled and the barn is now being erected by David Ottinger. Doug Amidon of Amidon Woodworking is donating his time and energy accurately reproducing a copy of the Crowell sign that graced the front of the Crowell barn. 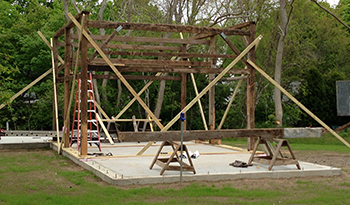 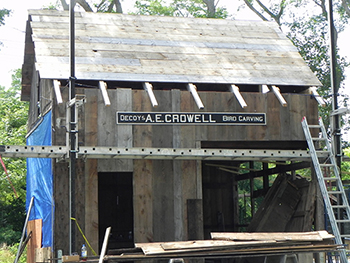 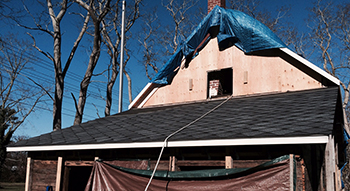 We would like to thank all who donated funds and/or their time to this endeavor. Thanks to Paul Opacki who stored the trailer loaned by Dan Graf loaded with the dismantled barn, Gene Schott of the Thornton Burgess Society who was instrumental in the project moving forward, and a thank you to their members who approved the transfer of the barn to the Harwich Historical Society. Thanks also to Desiree Mobed, curator of the H.H.S, for her enthusiast support, Patti Smith who was a major factor in the success in bringing the barn project forward. Thanks also to Chad Small for recommending Patti. Thanks to Jane Martin, President of the H.H.S, Gerry Loftus and all the other H.H.S. board members as well as Cap Vinal, Steve Weaver, Mac Cunningham, Jim Parker, Bob Mosher, Mr. and Mrs. Jeff Norgeot, Stanley and Elaine Tenerowitz, Joseph Ellis, Tom Evans, my wife Judy Harmon, the owner Sharon Mabile, who generously donated the structure and David Ottinger a preservation carpenter for taking on the project. Additionally a thank you to anyone I may have failed to mention. As the president of the A. E. Crowell American Decoy Foundation, I realize that an endeavor of this kind is never an individual effort. We at the foundation were humbled at the local response including use of CPA funds from the Town of Harwich that allowed this project to blossom. 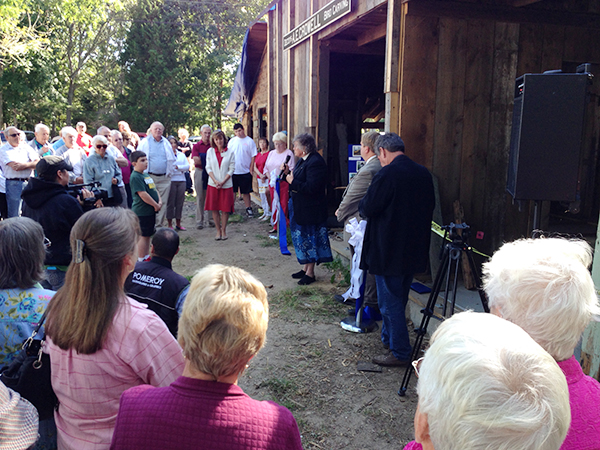 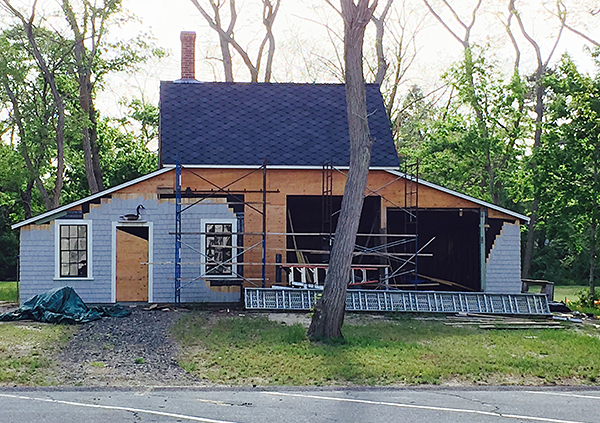 5/15 – The new roof is complete. Also note the copy of a goose that they used to have on a shelf over the door. 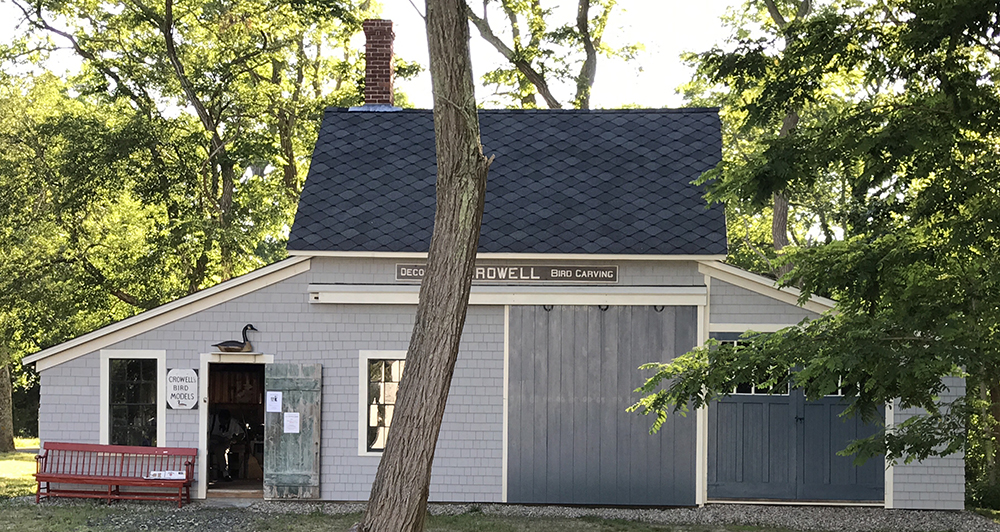 Completed barn and close up. 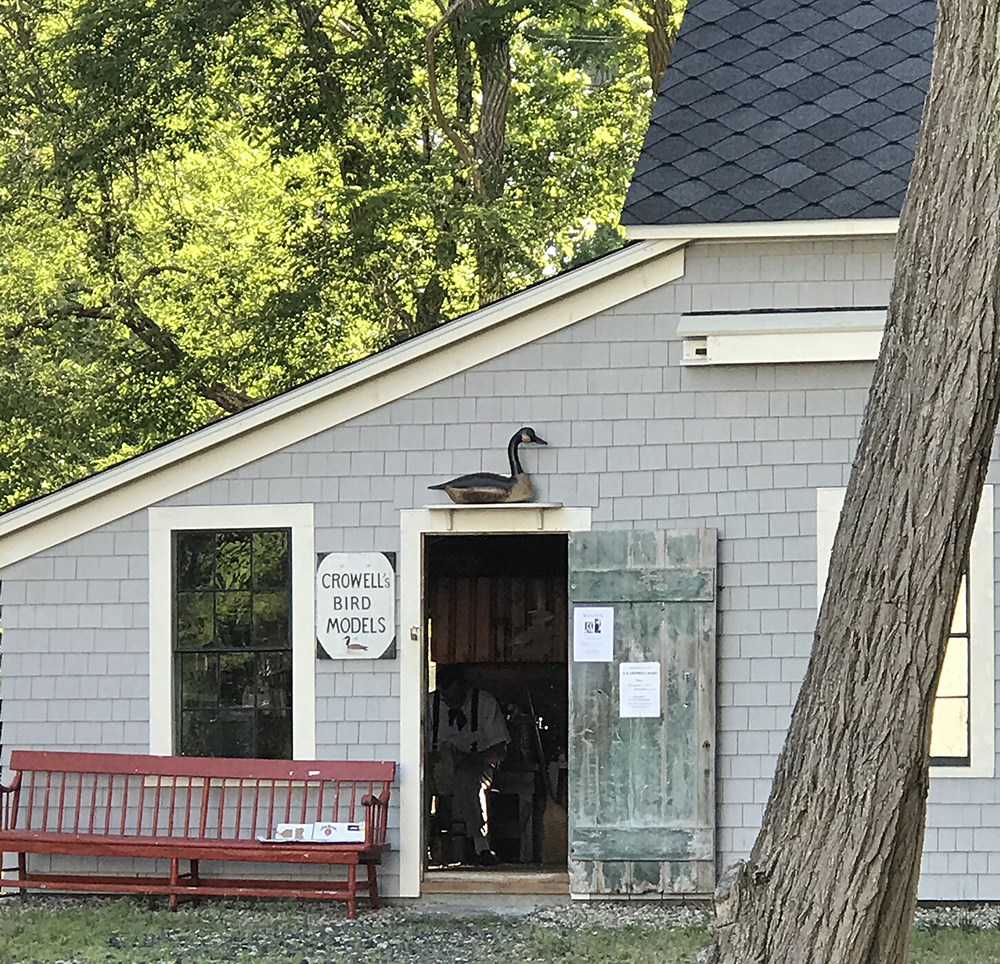